PANNY BLOWN AWAY BY BROXBURN 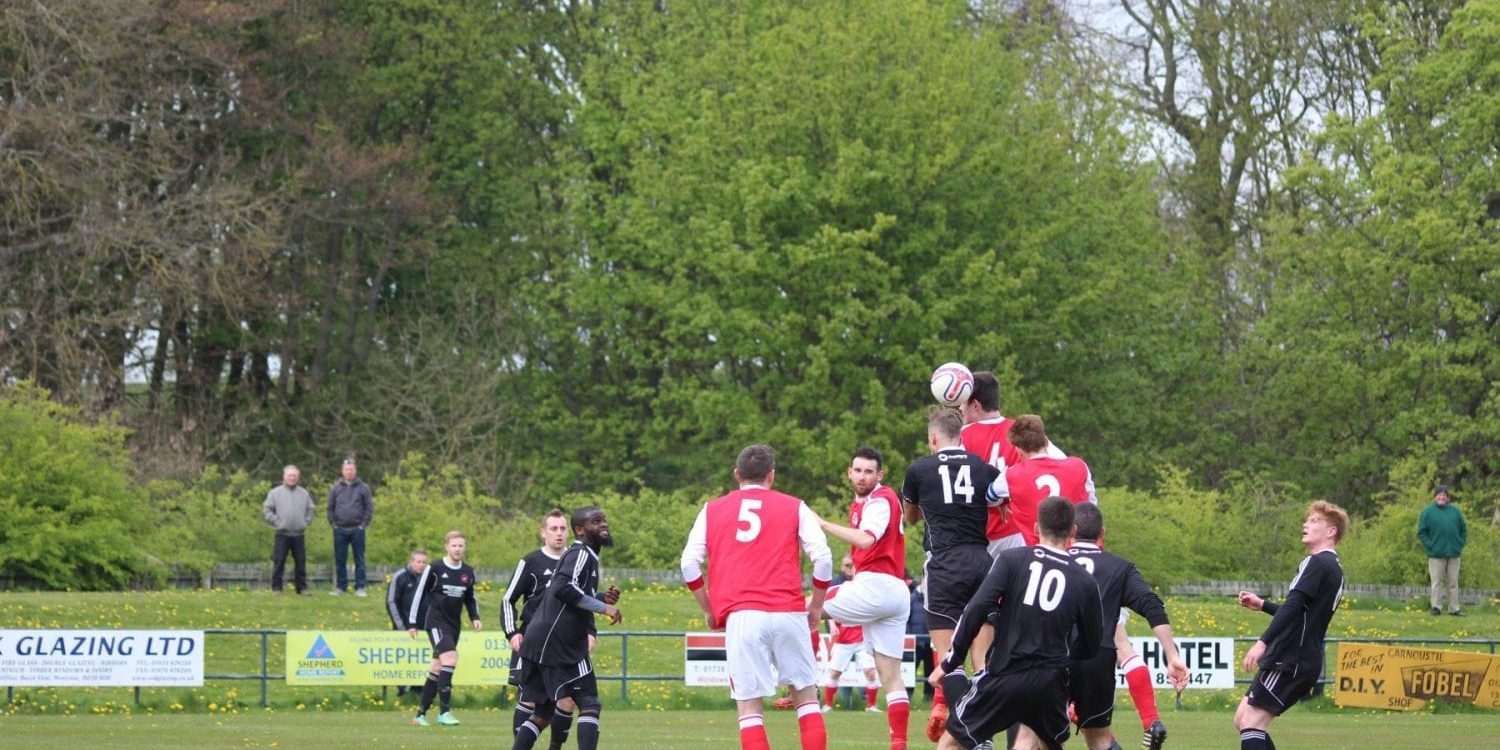 Carnoustie were blown away in a disastrous first half of Saturdays Super League clash with Broxburn at Laing Park.

On the morning of the game, Panmure were forced in to calling Goalkeeping Coach Russell Brown in to the squad after Chris Macpherson called off with a back injury with Alan Cormack already missing at a wedding. Other than that change it was the same starting eleven that had been unlucky at Musselburgh the week before. Liam Scott, back from his loan spell at Brechin Vics was on the bench.

It started badly for Carnoustie and got worse as the first half began. Broxburn, playing with a strong breeze took an early lead on 3 minutes. A simple ball was played through a static home defence and Nick Locke raced clear before slipping the ball under Brown It could have be two just a couple of minutes later but Anderson was flagged offside. John Roberts tried a long range effort on 7 minutes but the visitors keeper turned the ball round the post. Carnoustie were awarded a free kick just outside the box on 11 minutes after a foul on Pat Smith but McCabe put the kick over the bar. Carnoustie were playing some good football but as has been the problem in recent weeks, lacked a cutting edge in the last third. It started to unravel badly on 28 minutes, a corner was only partially cleared by Carnoustie as far as Craig Scott, the Broxburn man had time to pick his spot and smashed the ball in to the top corner of Browns net. Two minutes later it was 3-0 as Andersons free kick somehow found its way through the penalty area and nestled in the corner of the net. Carnoustie pulled one back within 60 seconds, Willems bundled Smith over in the box and the referee had no hesitation pointing to the sport. Jamie McCabe sent the keeper the wrong way to pull one back for the homeside. On 40 minutes the chaos contined as Locke robbed Buggins before moving clear once again and beat Brown to make it 4-1. It was   5-1 on 43 minutes as Scott Richards was allowed to get a free header and powered the ball in to the back of the net. Right on half time Steven Cook pulled another goal back as he bundled the ball in from a Simpson corner to make it 5-2 to the visitors at the break.

Carnoustie made a change at half time with Michael McIlravey replacing Daniel Neath. Carnoustie kicked off with the wind behind them but never really took advantage. The visitors were quite happy to sit back and Carnoustie found it difficult to get any kind of rhythm going, It wasn’t until 60 minutes that the crowd saw the first chance of the half with Anderson shooting over for the visitors. On 62 minutes a McIlravey corner caught on the wind and went inches over the bar and on 66 minutes a good run from Simpson saw the winger shoot wide. A rare foray in to the Carnoustie half saw an Anderson shot come off the inside of the post and in to the arms of the grateful Brown. Luke McGeehan was unlucky with an effort on 75 minutes that went just wide.

The damage had been done in the first half and Carnoustie paid for it, luckily the teams around also lost, including Camelon, whose 6-1 defeat to Newtongrange was followed by the resignation of manager, John Sludden. It’s a big week for clubs at the bottom.