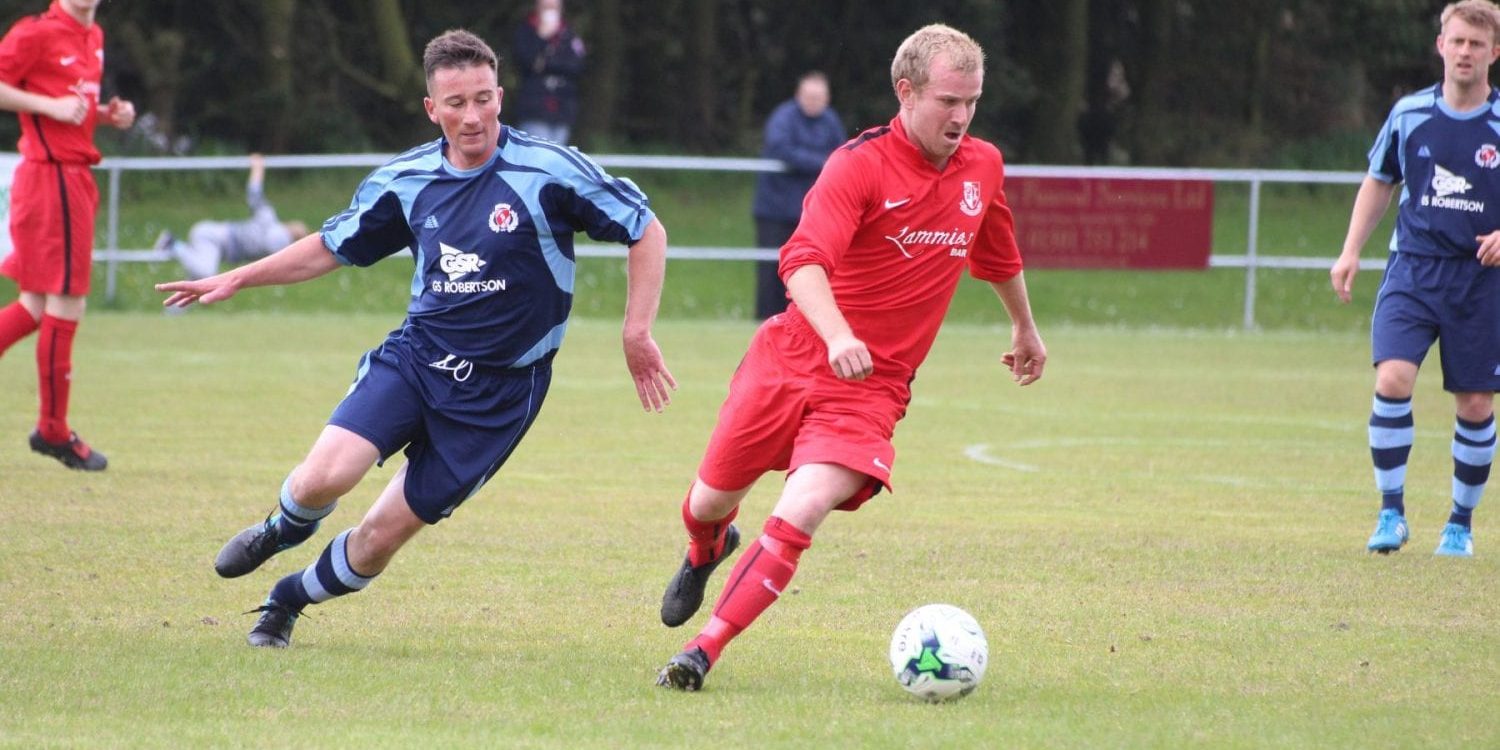 Carnoustie Panmure travelled to  Fauldhouse, knowing that a point would be enough to secure their Super League status, however, they are now back in the relegation battle after going down 4-1 at Parkview and will hope that their neighbours at Broughty Athletic can do them a favour, as well as St Andrews in midweek.

Carnoustie went in to the game missing 7 players,  Macpherson, Cook, McGeehan, Black , Neath and Gray were all missing through injury while Liam Scott was at a wedding. However, Panmure were able to welcome back Marc Scott to the side and he got them off to a blistering start as Alan McSkimmings side flew in to the lead after just 41 seconds. Unfortunately for Panmure that was all they had to shout about. After 10 minutes Scott pulled up with a reoccurrence of the injury that has kept him out for a month. Fauldhouse were level on 26 minutes when Ryan Stewart  slipped the ball past Aln Cormack and they sides went in at the break,  drawing 1-1. Jamie Robertson put Fauldhouse in front on 59 minutes and Carnoustie task wasn’t made any easier 3 minutes later when the referee deemed that Danny Millar had denied a goals scoring opportunity and was sent off. Robertson increased the advantage on 73 minutes before substitute Ross Donnelly made it 4-1 with eight minutes remaining.

Panmure boss Alan McSkimming said after the game “ When we scored too many thought it was job done, the sending off changed the pattern of the game but we didn’t play well in the second half.”

Carnoustie still need a point for safety but should Fauldhouse slip up at Whitton Park then they will be safe regardless of the result from their own game at Laing Park against Kelty Hearts.