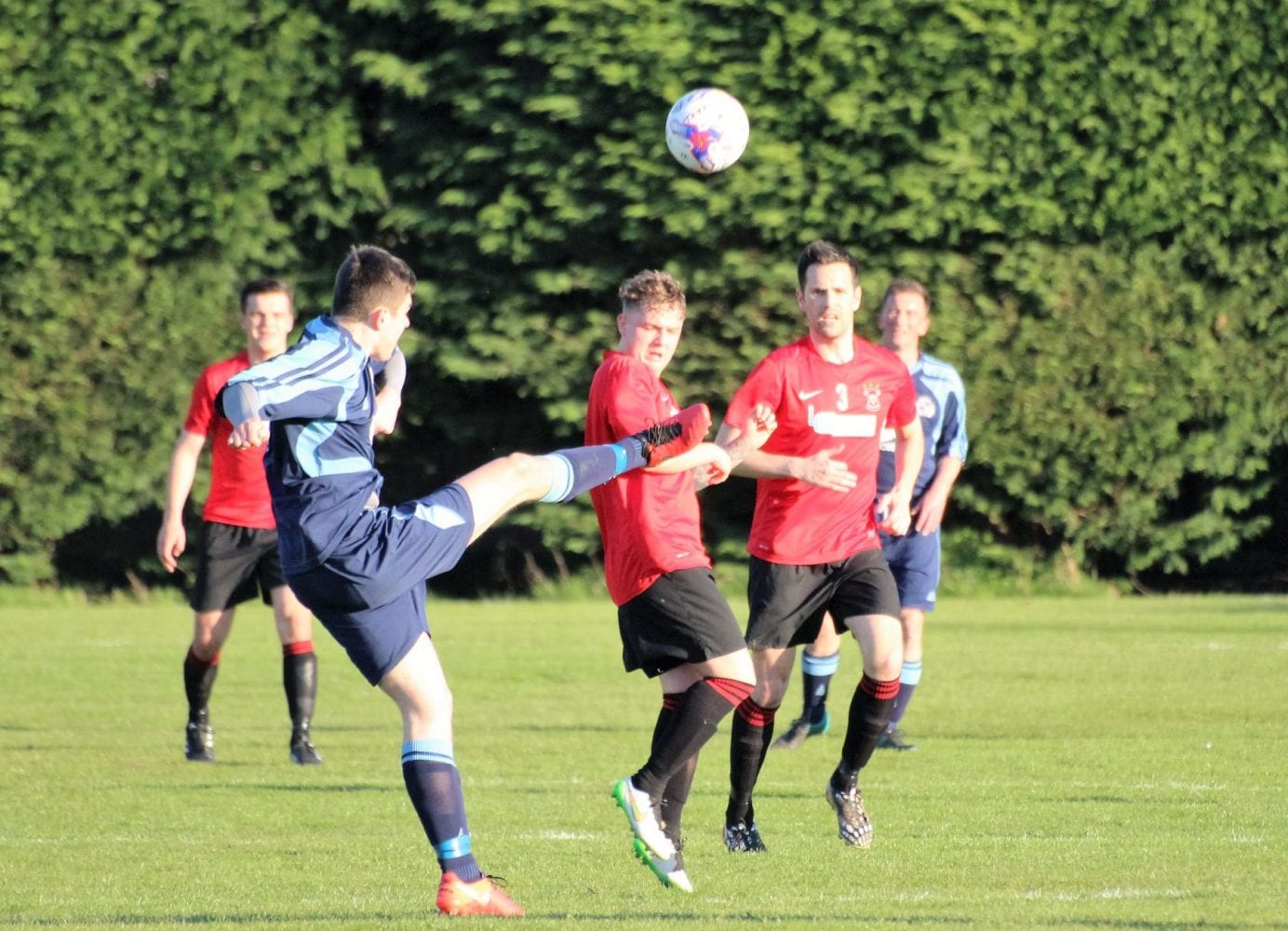 Carnoustie Panmure recorded back to back league wins for the first time since August, and eased the worry of relegation, when they thrashed Tayport 4-0 away from home, at The Canniepairt, on Wednesday night.

Panny boss Alan McSkimming kept faith with the side that had won at Sauchie at the weekend with John Roberts only able to find a place on the bench on his return from suspension.

Carnoustie started on the front foot and took the game to their hosts in their own style of quick smooth football. They got an early reward after just 6 minutes, Stuart Gersok, who had played so well without reward on Saturday won the ball in the middle before setting the flying Marc Scott free, the blond haired winger left the full back for dead before crossing for Jamie McCabe to smash the ball home. Another Scott burst ended with his whipped in cross being turned around the post for a corner. McIlravey swung a delightful corner in and Scott Gray rose well to power a header past Sorley in the Tayport goal. Tayport had no answer to the delightful football of Carnoustie and Marc Ogg was booked on 22 minutes for a very late tackle on Gordon Macdonald. Under pressure Tayport player manager John Ovenstone did himself or his side any favours when he was shown a red card for a bad challenge on Scott. Gray looked to have made it three on 37 minutes when a delicate lob over Sorley was scrambled clear by Robertson. The home side saw a rare attack end with McCabe heading off the line from Gregor Anderson. Panmure should have made it three just before the break when Sorley raced out to confront Scott only to see the ball squared to McIlravey who put his shot over the bar.

The second half was a repeat of the first with Carnoustie totally dominating play. Gersok was unlucky not to score on 50 minutes but saw his shot well saved by Sorley. However, he didn’t have to wait long for the reward he deserved. A long ball on 58 minutes set McIlravey free and he unselfishly found Gersok who tapped the ball in to the net. It was all one way traffic by this stage and it looked to be only a matter of time before Carnoustie increased their lead as chances fell to McIlravey, McCabe and substitute Sam Simpson. Sure enough on 82 minutes, McIlravey once again latched on to a ball through the middle and once again looked up to slip the ball to Scott who completed the rout with number four.

A totally dominant team performance from Carnoustie who are now heading towards a record points total in the Super League for the Laing Park club.

After the game McSkimming said “ Superb performance and result tonight, Team spirit and togetherness was in abundance. If there were any doubters out there of our ability within the squad we have silenced them.”