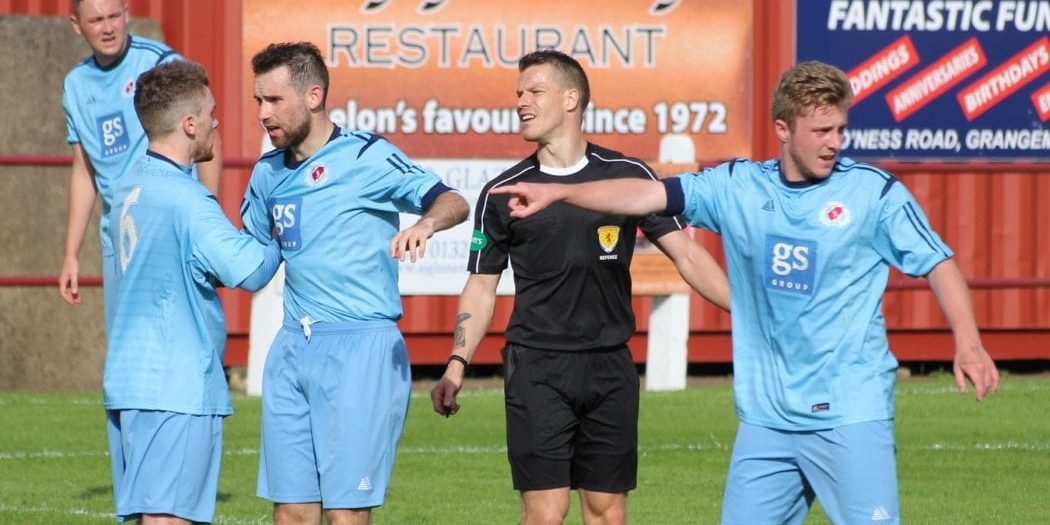 A superb first half performance from Alan McSkimmings men saw the visitors go in 3-0 in front at the break. Carnoustie were looking comfortable until Camelon were allowed back in to the game late on, leaving those on the sidelines with a nervous end to what should have been a comfortable victory.

Michael McIlravey, who was virtually unplayable in the first half, put Panmure in front with a delightful free kick on 14 minutes, Ten minutes later the fleet footed winger doubled the advantage when he collected the ball cut in and steered the ball in to the bottom corner corner after Pat Smith has seen his effort come back of the post. It got even better for Carnoustie on 33 minutes when Robert Urquhart beat the offside trap to seize on a great Scott Gray pass before slipping the ball through the keepers legs and in to the net.

Camelon came out for the second half looking to get back in the game but found Carnoustie in no mood to throw away their first league win of the season. Well, that was until 77 minutes, when a slip by Danny Millar allowed David O’Brien to race clear his shot was well saved by Jamie Robbie but the rebound was squared to Sneddon who slotted the ball home. Deep in to stoppage time, Camelon were awarded a penalty when Robbie was adjudged to have fouled Stuart Bell, the offence looked outside the box but referee Stewart Luke had no doubts. Jason Walton stepped up to send Robbie the wrong way and make it a nervous last few minutes for Carnoustie. However, McSkimmings troops held on despite having to contest a drop ball on the six yard line after Robbie had gone down with cramp.