Penalties secure place in 1st Round of GA Engineering Cup 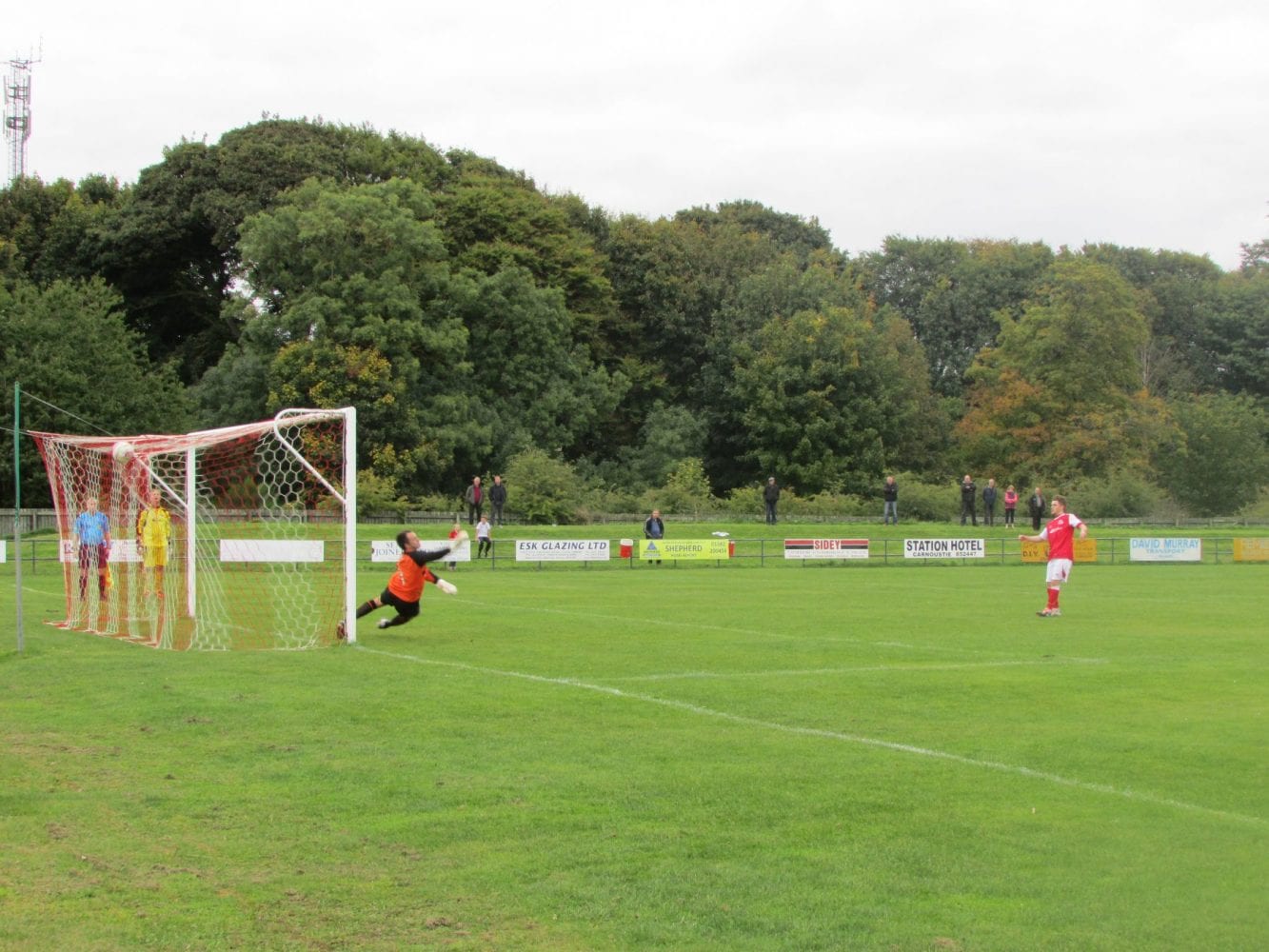 For the visit of Arbroath Vics Alan McSkimming made a number of changes to the starting XI, with Cormack, Gersok, Roche, McGeehan and Black coming in from the start.

Despite the number of changes The Gowfers started sharp and took the lead after only 2 minutes when McIlravey delivered a perfect cross for PAT SMITH to head past the Vics keeper.

Nine minutes in and the Vics brought Cormack into action when they crossed into the box with a shot at the back post, but Cormack made an excellent save to deny the equaliser.

Seven minutes later the Vics had another chance when they dribbled into the box with Cook making a good tackle, the ball fell to a Vics player who put the shot behind for a goal kick.

Shortly after Scott dribbled down the left, he cut inside and shot into the side netting.

In the 23rd minute The Gowfers almost doubled the lead when Smith crossed for Gray, who’s header went over the bar.

Four minutes later Smith played the ball out wide to McIlravey, who rolled it back to Smith on the edge.  Smith played it into Gray but the strikers shot was save well by the Vics keeper.

Seven minutes before the break Cook brought down a Vics player in the box, receiving a booking for doing so, JOSHUA CHALMERS stepped up at put the penalty past Cormack.

In the 41st minute Scott was fouled not far outside the box, Scott took the freekick himself sending it just over the bar.

Scott continued to cause the Vics defence problems, after running at them he played a ball through to McIlravey who shot just wide.

Shortly before the half time whistle Cook made a late tackle on a Vics player, with the referee choosing to keep his cards in his pocket the Carnoustie skipper was lucky to remain on the field.

At half time Cook was replaced by Roberts.

Seven minutes into the second half some good work out wide from McIlravey and McGeehan ended with a great cross by McGeehan with Gray heading just wide.

Just before the hour mark a McIlravey freekick caused problems in the box with the ball being put behind for a corner.

In the 72nd minute a long ball was played to Gray, who flicked it on to McCabe who put his shot wide of the post.

With 6 minutes of play remaining Carnoustie were reduced to 10 men when, with all 3 substitutes being made, Roche had to come off injured after jarring his knee after landing from a header.

Two minutes into injury time Gray had a excellent shot cleared off the line, shortly after the referee blew for full time and the match was taken to penalties.

And so came the lottery of penalties, and Carnoustie delivered.

With Roddy black and Gordon Macdonald netting their penalties and Scott Gray missing his, it came to Irishman Luke McGeehan to convert the winning penalty to secure Carnoustie a home tie in the next round against Dundee East Craigie on 10th October.