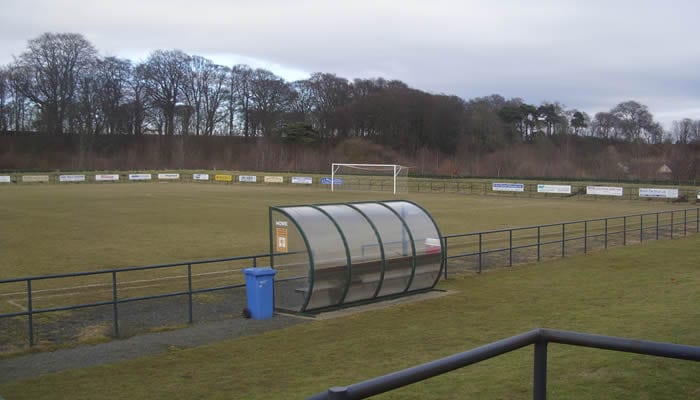 Match Secretary Andy Finlay and General Manager Mark Johnson sat down for a chat about the club’s position both on and off the park.

We are now well in to the second half of the season and have ten games remaining, what are your thoughts.?

If somebody had said that we would be top of the table, eight points clear with ten games to go then after we had snapped their hand off, we would probably have looked round for the cameras to film the prank. However, that is where we are, the manager, coaches and players have done a fantastic job so far on limited resources and who knows what the next ten games will bring. Phil has said from day one that we will take one game at a time and not get ahead of ourselves, that hasn’t changed, the only thing that is important at the moment is Saturdays trip to Scone and after that we will look at the game against Downfield, that philosophy has worked so far and I am very much a person that thinks if its not broken then don’t fix it.

You have mentioned before that there are long term plans for the development of the club, is there any news on that.?

At the moment not really, we have the ideas and plans but whilst we have a very hard working committee, that are worth their weight in gold, we need people with a business and development acumen that can help us put the plans in to practice. The Community Club has already gone through the asset transfer process to gain control of Hope Park, the 3G surface behind Laing Park, as well as the dressing room complex and that is something we would like to do for Laing Park. That would be the first step, that then opens up the possibilities for developing the facilities which would include major improvements for supporters but as part of that we would also look at what is required for a SFA licence. There is no point in making these improvements if they will still limit progression of the club.

You mentioned club progression, is there any news regarding league reconstruction and the Junior game becoming part of the SFA set up.?

Again not really, it is still a case of rumour and counter rumour. There has been a story in the media over the last couple of days regarding movement of the SFA border between the Lowland League and Highland League further north and while this would be a major development, I will wait and see what happens. Too many times we have thought that real progress had been made and then the rug has effectively been pulled from under us. There is a meeting at Hampden in the next couple of weeks and maybe more information will come out from that.

Is the need for people with a business background vital to the club’s progression.?

Without a shadow of doubt, in an ideal world we need a Business Development manager that can work alongside the current committee and work on the asset transfer project as well as explore other funding avenues.
The current committee are hard-working, loyal and Carnoustie through and through, however, I hope they won’t mind me saying that they aren’t getting any younger and we need fresh eyes to continue their good work but also to continue to move the club forward.
So if you can spare us a few hours a week, even just on a match day please give me or any of the committee a shout.