1st Round of GA Engineering Cup was a “6 Goal Thriller…..” 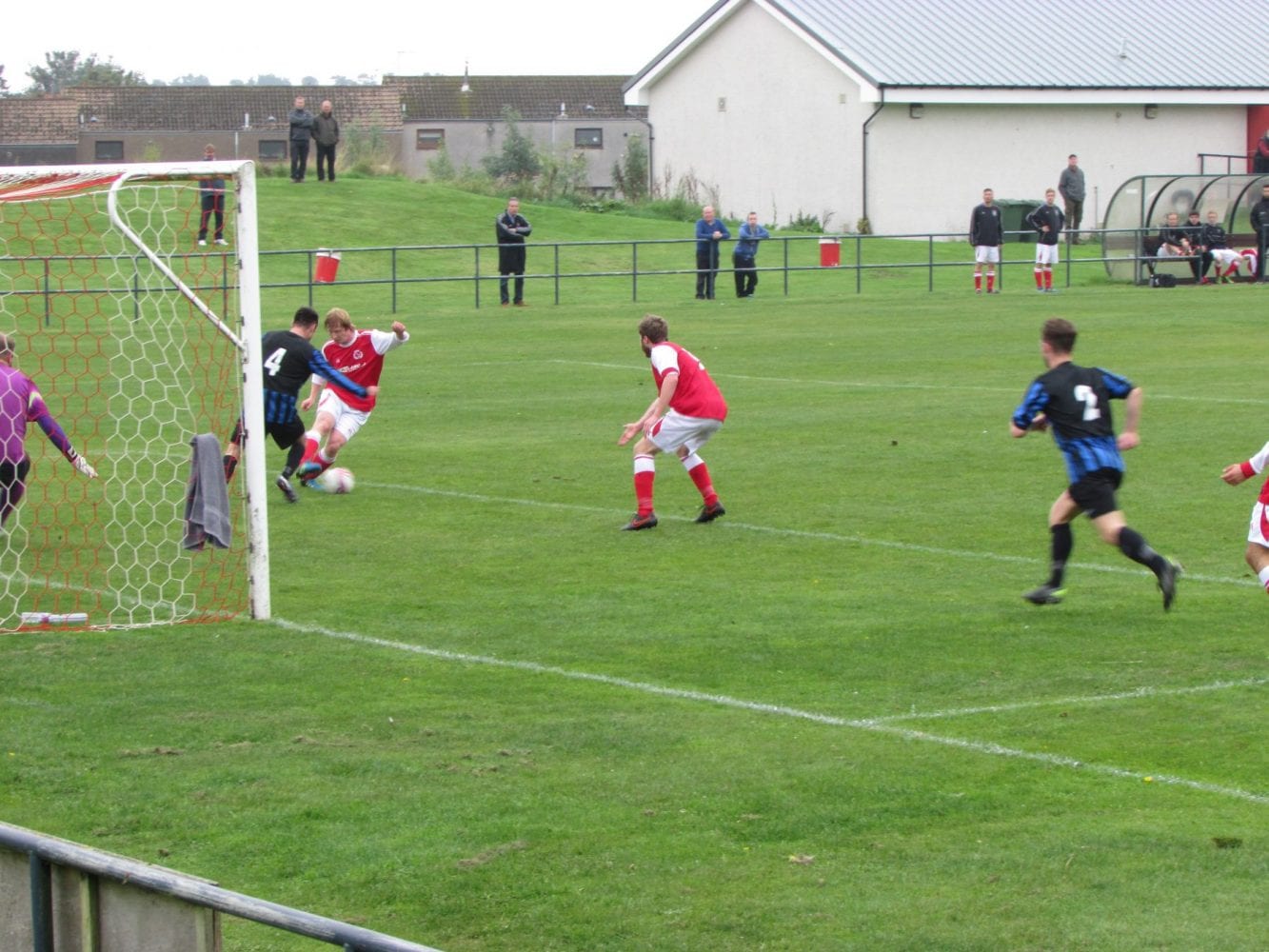 Gowfers Manager McSkimming kept changes to a minimum from the previous weeks victory away to Hill of Beath.  Alan Cormack started in goal with Macpherson unavailable, Daniel Neath was in for Macdonald and Sam Simpson came in Scott.

East Craigie were the first team to challenge a keeper when a shot from the edge was tipped away for a corner by Cormack after 6 minutes.

A couple of minutes later McIlravey tested Logie in the Craigie goal, he shot from the angle and the keeper saved well.

McIlravey again tested Logie after a mazy run into the box, he took a shot and the big keeper pulled of a superb save.

Ten minutes later Neath almost doubled the Carnoustie lead when he ran at the defence, into the box but his shot clipped the post and Black was deemed to be offside as he tried to get to the rebound.

Seven minutes before the half time break Logie continued his heroics in the East Craigie goal.  Smith made a long run at the defence and squared to McIlravey, with Logie making an excellent save to put the ball behind for a corner.

In the 41st minute The Gowfers doubled their lead when the Craigie keeper miss kicked a clearance.  McIlravey pounced on the miss kick and rolled in for PAT SMITH who beat the offside trap and put the shot past the unfortunate Logie.

Carnoustie Panmure came out for the second half all guns blazing and it took only 4 minutes for them to add to their lead.  Simpson drove into the box and was clipped,  up  stepped RODDY BLACK to double his tally for the day.

It took only another 6 minutes to make it 4-0 when McIlravey crossed into the box and DANNY MILLAR tapped in at the back post.

Just after the hour mark Carnoustie thought they had made it 5 when a McIlravey freekick was headed in by Buggins but the big defender was deemed to have fouled in jumping for the ball.

With 71 minutes on the clock it was 5 when Cook played the ball into PAT SMITH who executed a superb shot past Logie to double his tally for the day.

Eight minutes from time Carnoustie completed the rout when Smith almost got his hat-trick, but his shot was saved by Logie, DANNY MILLAR was on hand to hammer the ball in for his double

Here is some action photos from the game.