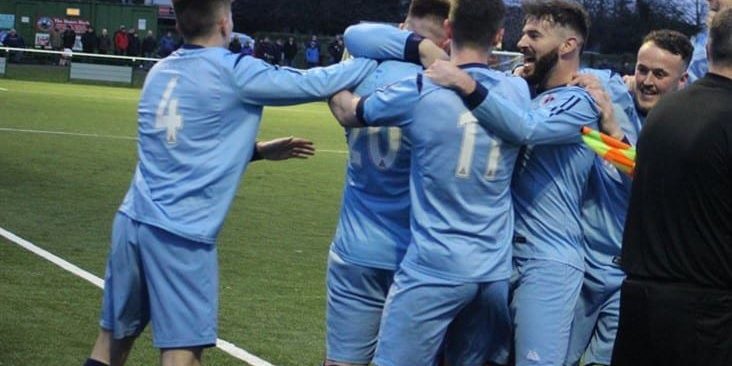 Jamie Robbie celebrated signing a contract extension with Carnoustie by showing exactly why he is one of the best keepers in the area with a wonder save to deny a thumping header from Bryan Duell that earned The Gowfers a point from a 2-2 draw at Broughty Athletic.

Manager Phil McGuire was without Michael Cruickshank who picked up a knock at Forfar West End and in a surprise move Paul McLellan moved to left wing back and Ryan Dignan came in for Cruickshank, Loanee Cammy Dow was on the bench.

Both sides started brightly and Carnoustie had the ball in the back of the net early on but the goal was ruled out for offside. The home side had to make a change on 24 minutes when Josh Skelly had to be replaced after picking up a thigh injury and then ten minutes later Carnoustie lost Gordon Macdonald to a hamstring injury and he was replaced by pat Martin. Broughty were given the opportunity to take the lead on 33 minutes, Duell was heading away from goal and Sam Simpson misjudged his challenge tripping the Broughty player and giving the referee no option other than point to the spot. Duell took the kick himself and gave Robbie little opportunity to make a save and Broughty led 1-0. Carnoustie were stung and were level within five minutes, great work by Paul McLellan on the left won a corner and when McPhee’s corner was only partially cleared, Ryan Dignan backheeled the ball in to the net to equalise.

Carnoustie went in front on the hour mark when Pat Martin was at the back post to complete a great passing move but just like The Gowfers had in the first half, Broughty were level within five minutes when Jamie Reid completed a breakaway move, curling the ball beyond Robbie in to the far corner. Broughty took control and had Carnoustie on the back foot but didn’t put Robbie under much pressure until the last five minutes. The Gowfers custodian pulled off a wonder save with five minutes remaining, a Broughty corner was met with a thumping header from Duell and Robbie somehow managed to get down to get a hand to the ball and keep the ball out. Robbie made three more great saves to deny Marc Scott, Daryl McKenzie and Duell again before the referee brought a great advert for Junior football to an end, as the teams left the field Broughty midfielder Ross McCord was sent off. 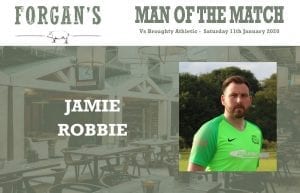