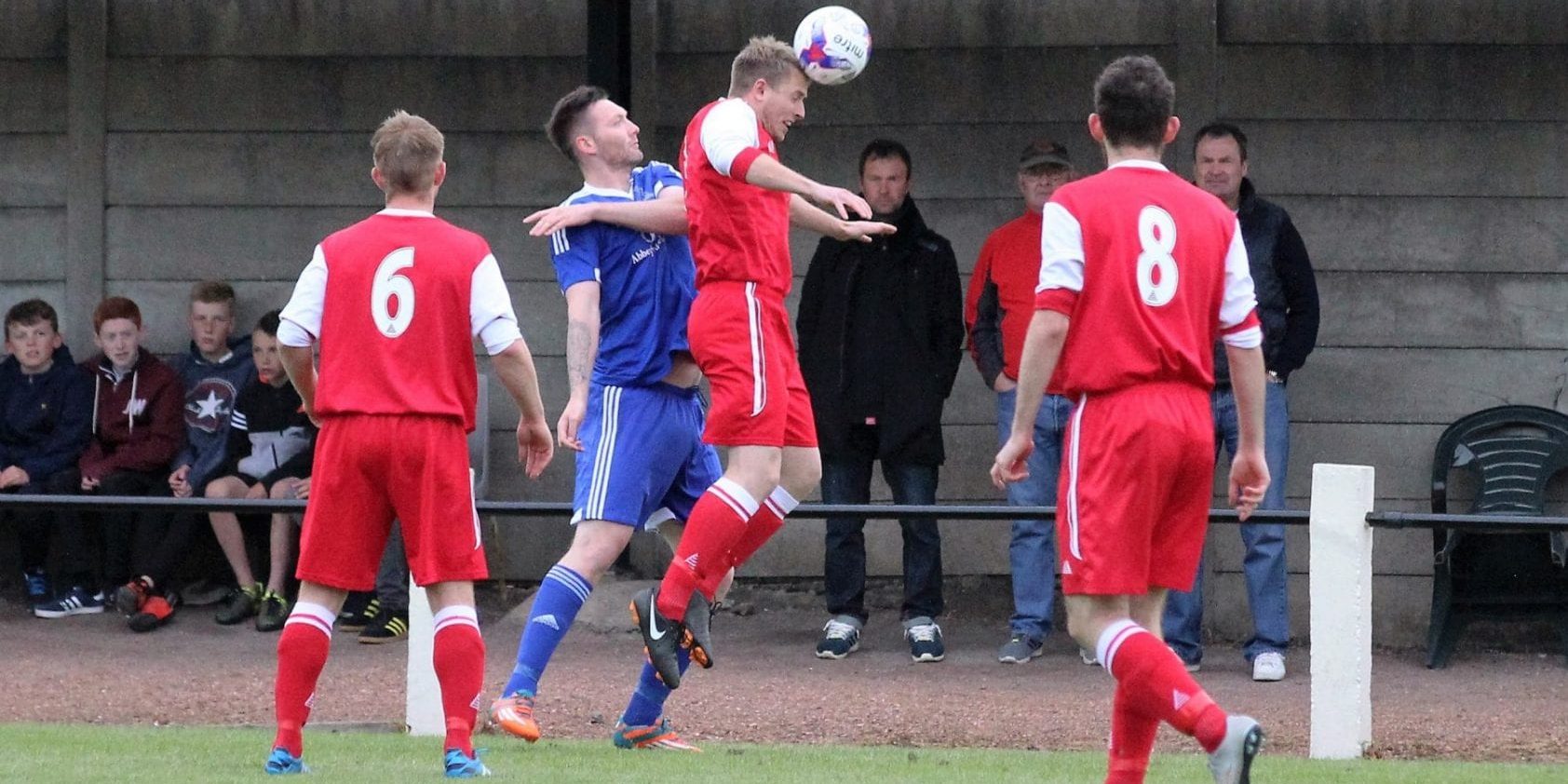 Carnoustie Panmure have shown in the last two games what the club is all about and nobody can question the bottle and fight within Alan McSkimmings squad after Wednesday evenings vital 3-2 victory away from home at St Andrews United, a result that leaves them just a point from mathematical safety.

St Andrews took the lead after just eight minutes when Sibanda held off Danny Millar to score past Alan Cormack. PAnmure were level midway through the half when a fine McIlravey cross was headed back by Miller and Ryan Roche stooped to head passed Clarkson in the Saints goal.

The game then exploded on 73 minutes, John Roberts was shown a second yellow card and Carnoustie were reduced to ten men. Within thirty seconds Cormack pulled off a great save to deny Sibanda and as Panmure broke McIlravey was hacked down by Danny Dobie. It looked to be outside the box but referee Kyle Hall pointed to the spot. Jamie McCabe slammed home his 18th goal of the season to put Carnoustie in front. St Andrews resilience seemed to collapse like a wet paper mache head and it got better  for the visitors within five minutes as McIlravey terrorised Dobie once more, before crossing for Pat Smith to make it 3-1. The referee then evened the sides as Jamie Mackie was shown a second yellow for deliberate handball. Sibanda scored his second in stoppage time but Panmure held firm to earn a vital three points and place them just a hairs breadth from safety.