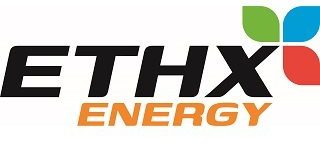 After an early morning pitch inspection we were delighted that our pitch had held up to the recent poor weather at the second time of asking.

The game was closely contested in the early stages of the match but once the first goal went in we began to dominate and went from strength to strength going in 2-0 at half time. The second half was much the same with chance after chance being created, during this period we were able to increase our lead and finish the game 5-0, in what was a very commanding and comfortable victory.

” Firstly a big thank you to the committee and everyone involved for getting the pitch playable for the game, it was really important that it went ahead after the previous weeks postponement.

I felt our performance and our general play was excellent considering the conditions the boys were playing in.

After we scored our first goal we settled down and started playing the football I come to expect from this group of players. The standard of football we played during the game was fantastic to watch and its great to see us consistently putting in performances like this no matter who the opposition are.

The key aim was to progress in the competition and we have done that comfortably, that said credit has to be given to Livingston who battled hard for 90 minutes and continued to try and knock the ball about right to the final whistle. We wish them the best of luck for the rest of there season.

Finally we would like to thank all the supporters from both clubs who came to the game and endured the terrible weather. Your support was greatly appreciated by all.”