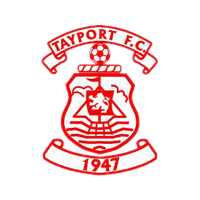 Carnoustie exited the GA Engineering Cup at the Quarter Final stage after a toothless performance at The Canniepairt against Tayport.

Manager Alan McSkimming made two changes with Jamie Robbie taking his place in goal and Pat Smith replaced Jamie McCabe who was missing due to work commitments.

Carnoustie started well but failed to take advantage of three good early chances and the half descended in to a scrappy affair with neither side dominating proceedings.

The second half was all Tayport with the home side dominant in every department, the first goal came on 47 minutes when Craig Sturrock fed Dale Reid, the Tayport man raced clear of a static defence before slotting the ball past Robbie. Panmure huffed and puffed but failed to create a clear cut chance and Gavin Sorley in the Tayport goal had one of his easiest afternoons. It was no surprise when Tayport extended their lead with five minutes to go when local youngster Struan Christie scored his first goal for the club and secured their progression in a competition that Carnoustie were looking to win.

Tayport go through to the Semi Final and face Kirrie Thistle in the next round at Westview Park.

On the positive side, results went Carnousties way in the Super League with Jeanfield, Newtongrange and Fauldhouse all losing.