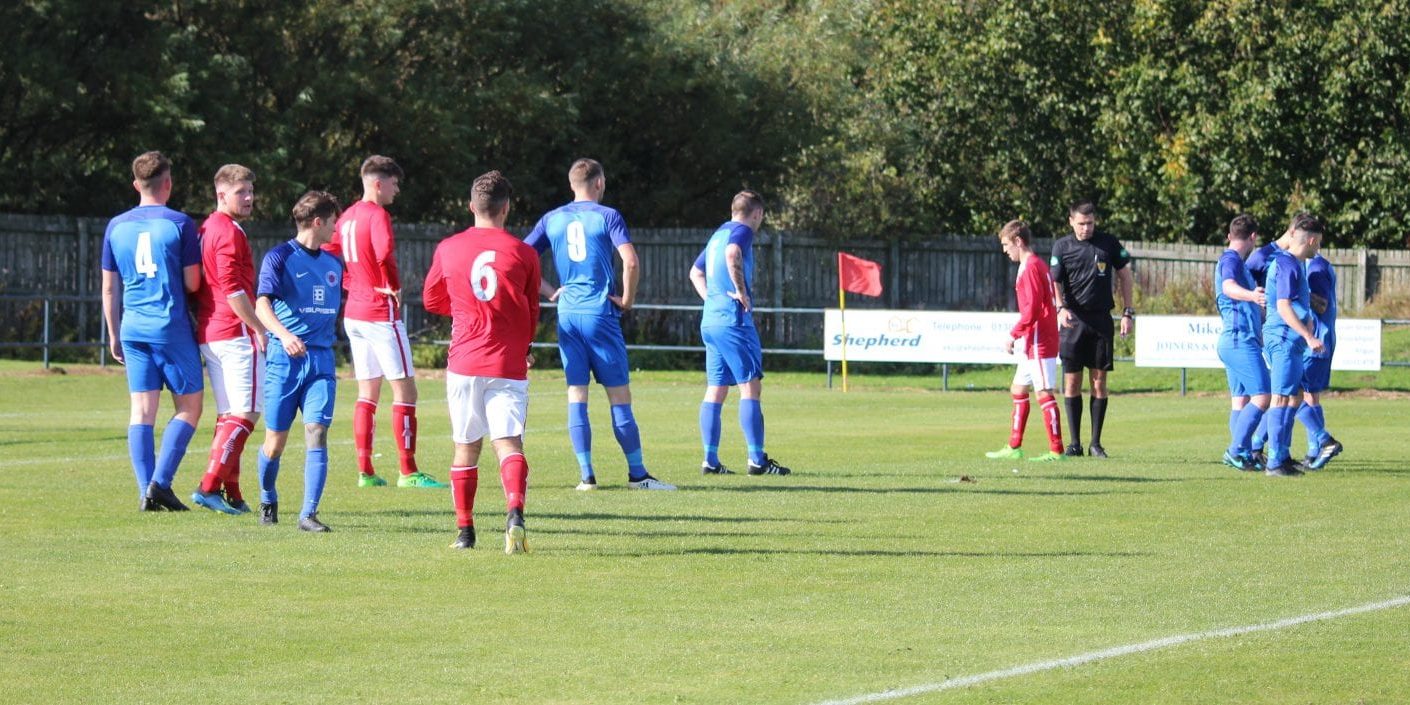 Carnoustie were comfortable winners over Longside at Laing Park although the game was spoilt by a contentious sending off and a howling wind.

New Gowfers boss Phil McGuire gave a debut to new signing Bruce Hearn while Findlay Tough who joined the club on Friday afternoon was on the bench.

Carnoustie started well playing the same formation as last week against Glenrothes but the game plan was torn up on 20 minutes when Bailey Steel was harshly shown a red card for a challenge in the middle of the park. The new boss changed the plan and Ryan Dignan dropped in to an unfamiliar central midfield role alongside Jamie Winter and he started probing and prodding from his deep position. Carnoustie took a deserved lead on 43 minutes, Sam Simpson found space on the right before feeding Mark Smith just outside the six yard box and although his first effort was blocked by the keeper he reacted quickly to slam the ball home.

The second half was all Carnoustie and it was no surprise when they increased the lead on 74 minutes, a great ball in from Michael Cruickshank found Pat Martin at the back post who steered the ball past the keeper. Smith had been a real handful for the Longside defence and he scored his second with a couple of minutes remaining, Smith received a Jamie Winter pass lost his man with a  great turn and slotted the ball in to the bottom corner.

Plenty to work on for new boss McGuire but in poor conditions and with ten men, a comfortable win and clean sheet is all you can ask for.