“THERE WASN’T A DOUBT” ADMITS WINTER 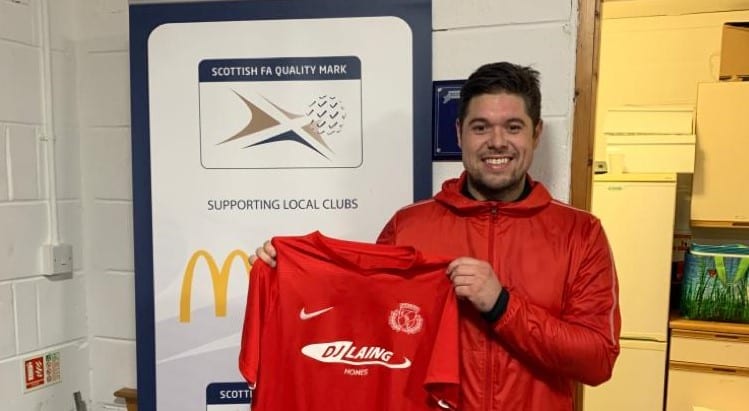 Congratulations on the new deal that sees you extending your contract to the end of next season. An easy decision ?

Thank you it’s very much appreciated.. In footballing terms there wasn’t a doubt that if I was to continue playing that It would only be at Laing Park.

What is this group of players like, it appears very close

Its a very close group and something that you have to be involved in to understand. There is 6 or 7 in the squad who have literally grown up playing through all the age groups. They are a great bunch to work with and I think the togetherness has shown many times this season when it was required

Sam and Pat have already signed deals and now yourself, Rochey and Bailey have joined them, how good is it to get these things done early.

Its great, it gives everyone around the place another lift at a critical part of the season. The others you mentioned, along with a few others, are the back bone of this side and will push the club on for many years to come..

There is a definite bromance between you and the skipper, what is Rochey like ?

I can’t speak highly enough of the skipper,  he’s had a rough time with injuries in the last few seasons so it’s huge credit to him that he’s turned in the amount of games and the standard of performances he has so far this season.. He gets stick from the boys for living in my shed but I just like knowing he’s safe and well.. He gets well looked after !

Phil is your brother in law, what is it like having him as gaffer ?

Its not really any different to be honest. We tended to speak about football most of the time even when he was manager elsewhere and I was playing at a different club. The kids love it that they get to see there cousins most Saturdays so it’s win win

We have had a great start to the season, how good is this squad ?

I think the big difference from last year, to where we are now, is there so much competition for places and everyone knows that along the way they may be left out for whatever reason but for us to be successful everyone will have to contribute, it’s about being ready when your chance comes and taking it,  I think so far everyone’s done that