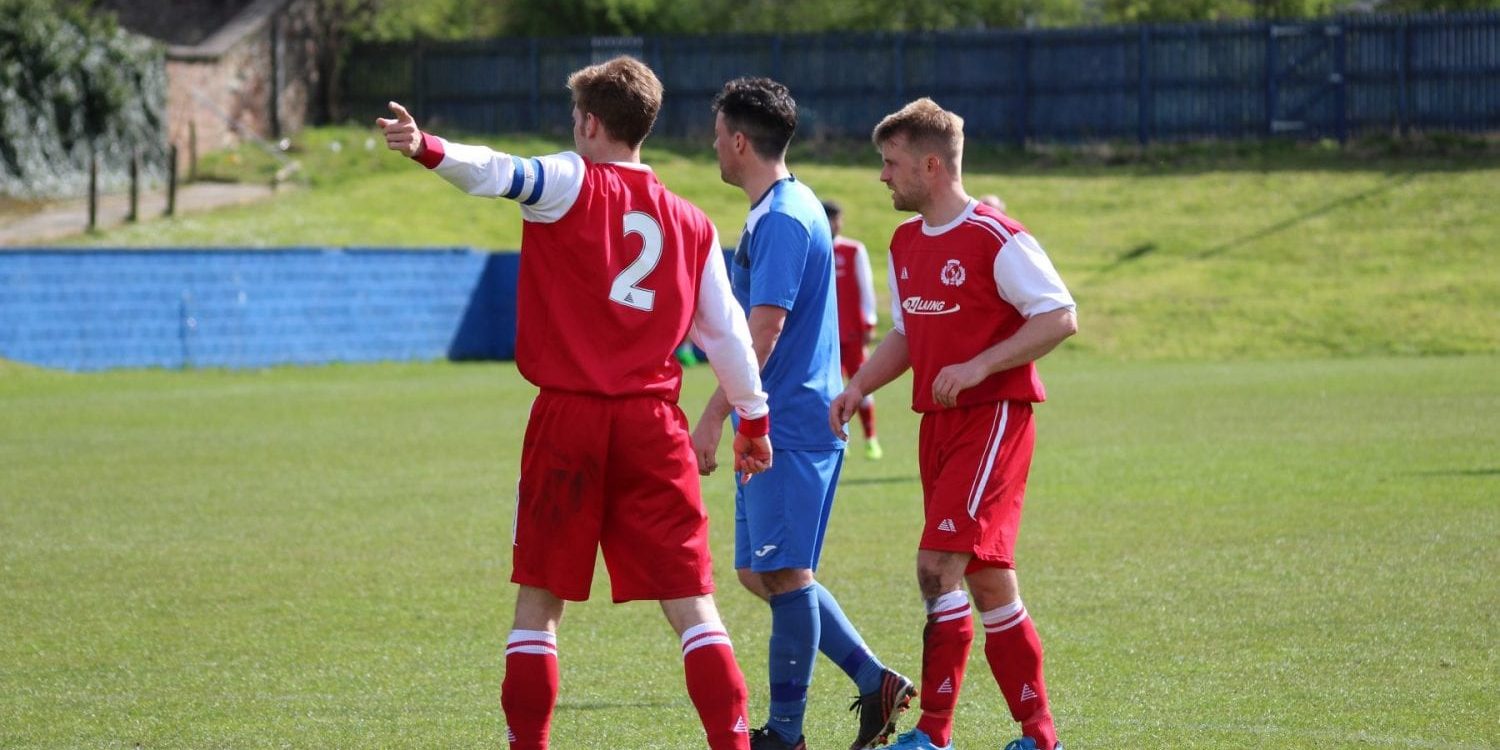 It was a memorable day for Musselburgh forward Steven Thomson on Saturday but not for Carnoustie, the Musselburgh man scored twice, before racing back to the hospital in time for the arrival of his second child. While Carnoustie were left to rue their luck that on anaother day would have yielded 3 points.

Carnoustie boss Alan McSkimming was down to the bare bones for the trip due do injury, holiday, work and University commitments. Michael McIlravey had to race south after work arriving at the ground 2 minutes before kick off. Daniel Neath made his first start for 6 months following injury and Ewan Buggins replaced Danny Millar at the heart of defence with Alan Cormack in place of Chris Macpherson between the sticks.

It was a tentative start from both sides with the first chance not coming until the tenth minute when a McCabe flick header landed softly in the home keepers arms. Neath was unlucky when he met a McCabe cross on 11 minutes, his shot going inches over the bar. Musselburgh were also finding the feet and a good move involving Thomson and Jackie Myles was brought to a halt by an offside flag. Carnoustie were playing some good football and a slick passing move between Macdonald, Neath and Smith saw the striker put his shot just wide of the far post. Carnoustie could have taken the lead on 33 minutes when a audacious effort from Scott Gray came back off the post with Musselburgh keeper Dodds well beaten. On the stroke of half time, Musselburgh had a great chance when Myles rose well at a corner but couldn’t direct his header on target.

Carnoustie had a warning within 60 seconds of the restart, a long ball was misjudged by the defence and Thomson was clear but his control let him down and Cormack smothered the danger. McKenna was unlucky with a deft flick that went inches past the post but Musselburgh didn’t have to wait long. A corner on the right was swung in by Thomson and Cormack could only help it in to the net unchallenged. Carnoustie could have been level on the hour mark as a Buggins header was well saved by Dodds. However , on 62 minutes it was disaster for Carnoustie  as a long range effort from Thomson found its way inside Cormacks near post to double the home sides advantage. Carnoustie continued to press and Simpson saw a shot go wide after a corner wasn’t cleared. Pat Smith had the ball in the net on 75 minutes after a great run by Simpson but the Assistant adjudged that the Panny man was offside. A great McIlravey free kick on 82 minutes went wide when the slightest of touches would have seen it hit the back of the net.

Another defeat for Carnoustie,  a huge improvement on the performance at Lochee, last week, however. With a bit of luck in front of goal, something Carnoustie have not had of late, could have seen a completely different scoreline.