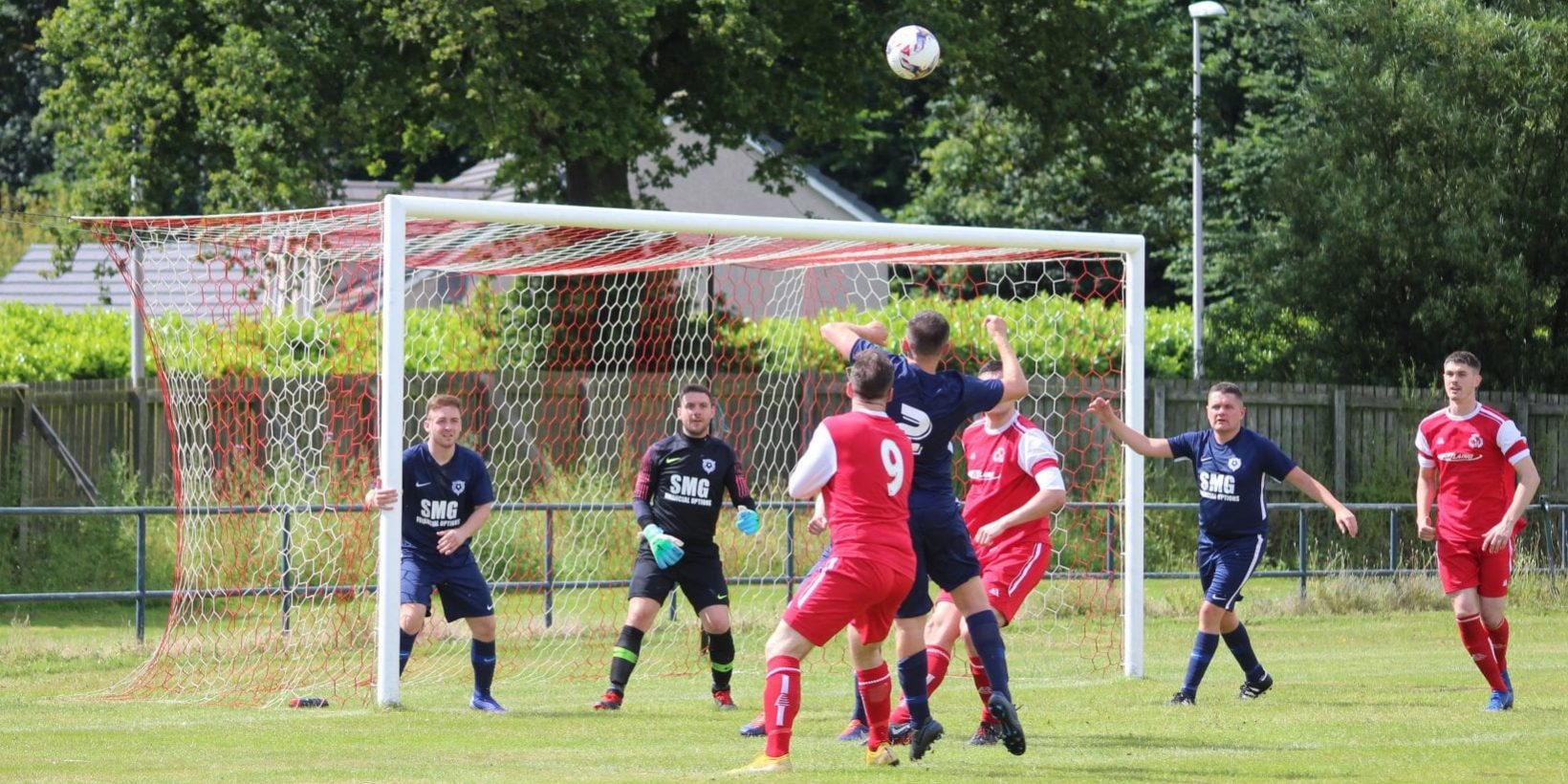 Carnoustie began their pre-season fixtures with a good workout against Thorn Athletic at Laing Park but needed a goal from Jake Mair with the last kick of the game to take the win against the Caledonian League Premier Division Champions.

As expected the visitors proved that although an amateur side they were way above the standard of most sides in the local and thus proved worthy opponents for Phil McGuire’s side. The Gowfers starting eleven include both Brian Clark and Paul McLellan with Liam Scott getting a  chance in the middle of the park alongside Steven McPhee. Gordon Macdonald also started the game in a front two alongside Ryan Dignan.

All of the goals came in the second half and it was the visitors that took the lead on 51 minutes when Ryan Crawford scored from the penalty spot after Harvey Dailly had been adjudged to have brought down a Thorn attacker. The lead lasted 9 minutes before Pat Martin crashed the ball home from just inside the box after a long Sam Simpson header had been flicked on by a visitors head. Carnoustie looked the more likely to score but the winner didn’t come until the last kick of the game when Jake Mair beat the offside trap to get on the end of a great ball from Michael Cruickshank, rounded the keeper and clipped the ball in to the empty net.

All in all a great workout for the squad and with a couple of faces back from holiday they now move on to next Saturdays visit of Aberdeen side Hermes to Laing Park.