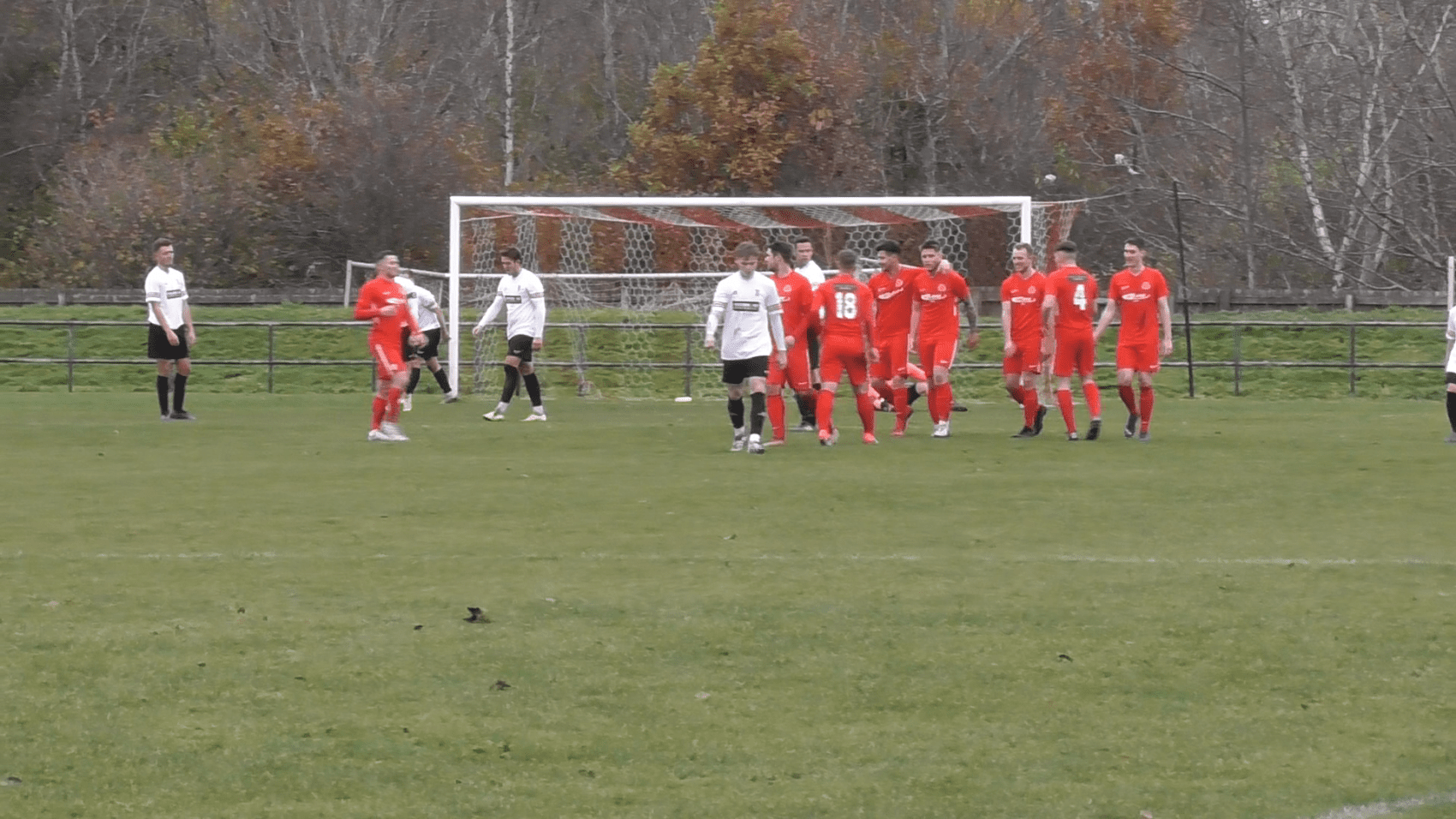 Their was no charity from Carnoustie as the Super League North leaders hit bottom club Tayport for five at Laing Park and Gordon Macdonald, in for Ryan Dignan, scored a first half   hat-trick.

Carnoustie started brightly and took the lead after just four minutes when Steven McPhee found Macdonald with a delightful pass with the outside of his foot and the striker drew out the keeper before slipping the ball past him and in to the net. Carnoustie had the majority of the possession but couldn’t find the final touch to increase the lead until the 35th minute. A corner from McPhee found Jamie Winter who saw what looked like his goal-bound shot turned home by Macdonald. Ten minutes later is was 3-0 and that man Macdonald had his          hat-trick, this time he found himself unmarked to head home a great cross from Jake Mair.

It only took Carnoustie five minutes of the second half to make it four and this time it was McPhee who benefited from a great build up and he saw his shot deflected in to the roof of the net off a Tayport defender. The Gowfers continued to control the game and were dominant in possession and their task was helped on the hour mark as Tayport midfielder Jamie Mackie was sent off for a bad challenge on Ryan Roche. Despite their dominance Carnoustie found Tayport keeper Jack Shaw a tough nut to crack and he, almost single handed, kept the score line relatively respectable until Kieran Sturrock opened his account in the ninetieth minute when he ran on to a great ball from Winter before slotting the ball home to complete the scoring.

Forgans of Broughty Ferry Man of the Match  –  Gordon Macdonald 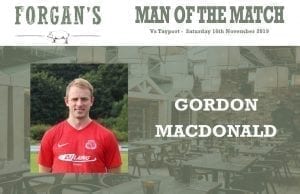