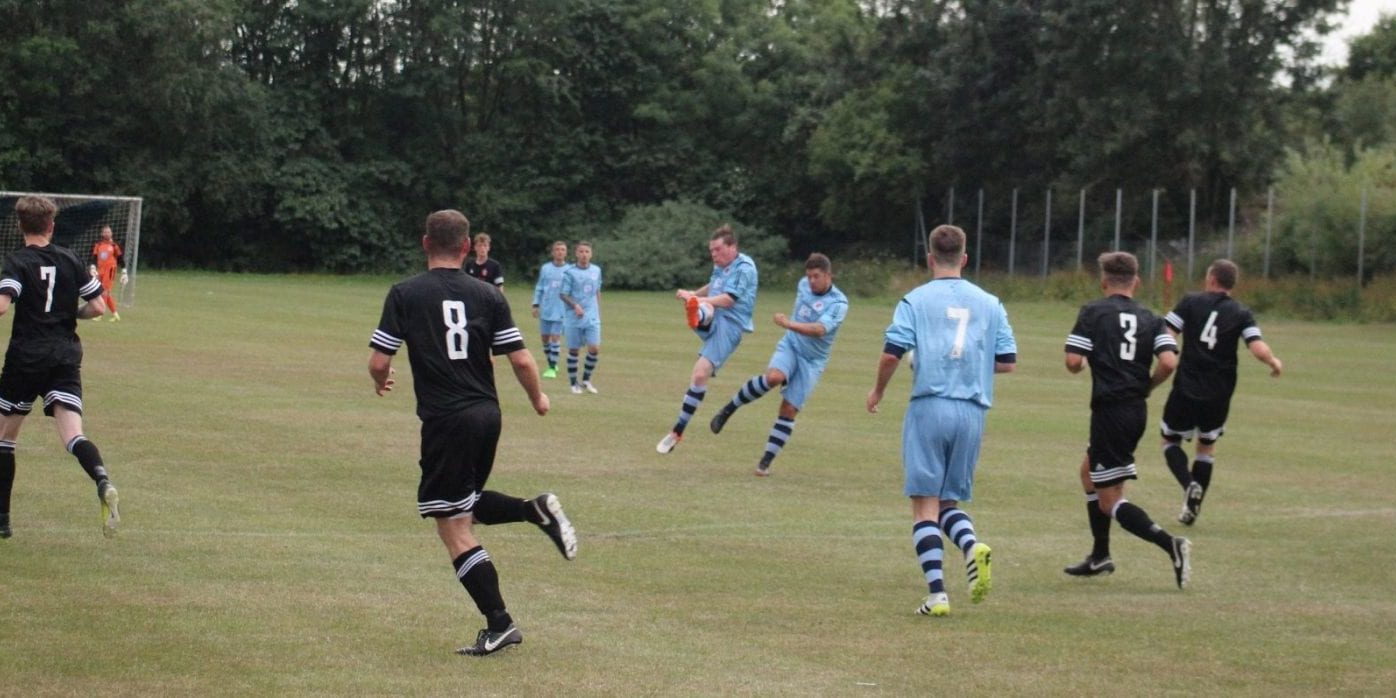 Carnoustie may have had a NBC film crew for company against Hill Of Beath on Wednesday night but the short handed Gowfers failed to light up Alex Venters Park, going down 5-1 to the EOSL side.

With holidays, injuries and work commitments, manager Alan McSkimming was down to the bare bones from the start with just three players on the bench including Jamie McCabe who had flown in from Ibiza during the afternoon.

It was a lively start on a testing playing surface with both sides starting well but it was the hosts how took the lead after eleven minutes when the referee awarded a penalty when Calum Adamson and Michael Cruickshank came together in the box, harshly penalising the Carnoustie men, Charlie Denton sent Jamie Robbie the wrong way to put his side in front. Carnoustie were level on 27 minutes, Jake Mair battled for the ball on the edge of the box and then Steven McPhee fed the ball to Robert Urquhart who rifled the ball beyond Stuart Hall and in to the back of the net. The hosts restored their lead on 34 minutes when a speculative cross in to the box evaded the Carnoustie defence allowing Adamson to beat Robbie to the ball and scramble it home.

Ten minutes in to the second half and it was 3-1 when Rikkie Dair rose unchallenged at a corner and powered his header in to the back of the net. Carnoustie tired badly and with both McCabe and youth player Vince Edmonds already on the park struggled to keep up with the brighter Haws. It was no surprise when Ben Nardone made it four on 84 minutes when he hit a dipping effort from 25 yards that deceived Robbie and then Denton scored with a great drive from the edge of the box after good work from Lewis Elder.

A disappointing night for The Gowfers when the two games in three days took its toll, with players back from holiday on Monday night, better is wanted and needed against Scone Thistle at Laing Park. 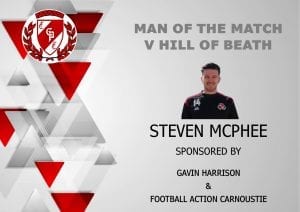