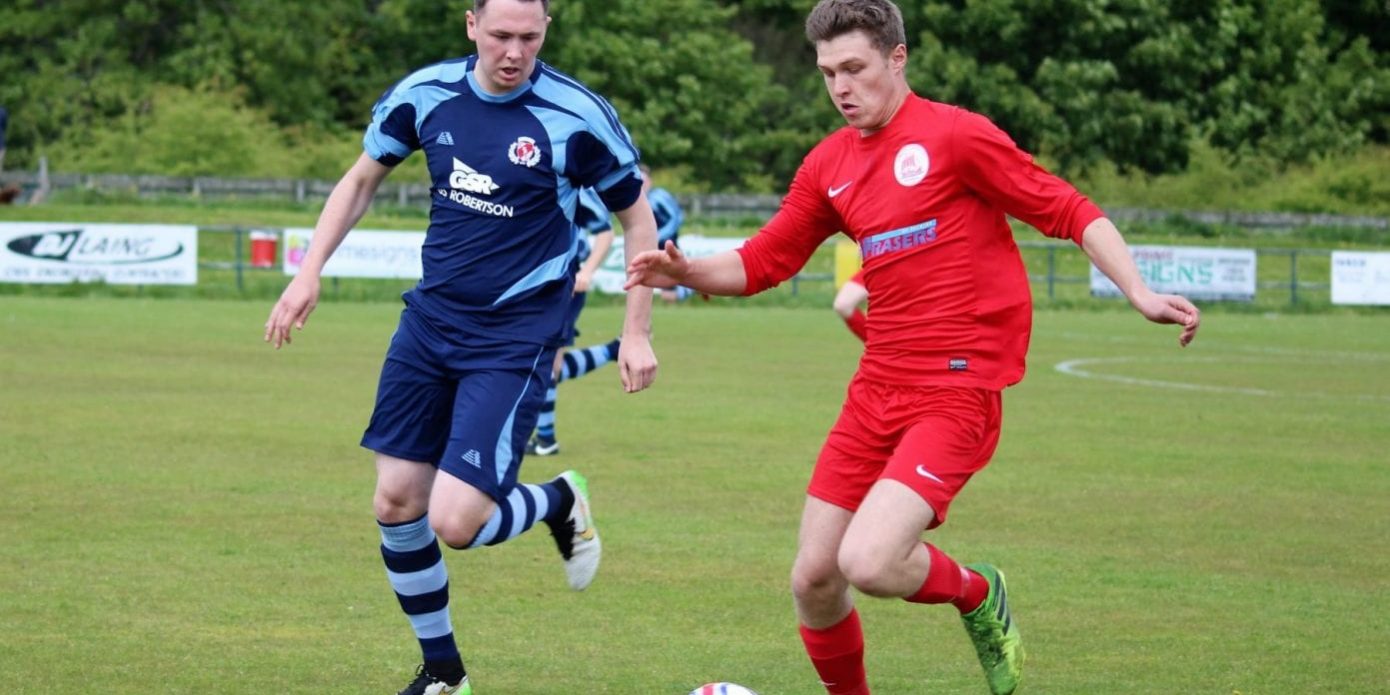 When Carnoustie ran out on Saturday afternoon they knew that a big week of football was in front of them and if they could string three results together then they would be safe from relegation. As far as Saturday was concerned it was mission accomplished as Alan McSkimmings side ran out 3-0 winners over Camelon, a result that heaped the pressure on their opponents.

McSkimming kept faith with the side that had been so unlucky to lose at Linlithgow Rose with Roddy Black, Marc Scott and Luke McGeehan missing through injury. Sam Simpson was unavailable.

Carnosutie started well and should have taken the lead on four minutes, a corner was headed back across goal by Buggins but Scott Gray put his shot over the bar. On seven minutes it was Liam Scotts turn to have a shot go over the bar. Carnoustie took a deserved lead on 12 minutes when Danny Millar smashed the ball home after a corner wasn’t cleared by the Camelon defence. Camelon showed a glimmer of fight on 18 minutes but Macpherson saved well from Gregor Fotheringham. Carnoustie doubled their advantage on 26 minutes, Ryan Roche found Michael McIlravey on the right, he left the full back for dead before whipping the ball in to the box, Chris Liversedge got to the ball first, poking it under the keeper and in to the net. It could have been three on 33 minutes but Kane,  in the Camelon goal, pulled off a great save to deny Gray. The visitors man was in the way again three minutes later to deny John Roberts. As the half came to an end Macpherson had to be alert to tip over a sliced Millar clearance.

Macpherson was on hand in the early stages of the second half to make a great save after Roche had blocked an effort from Scott Taylor and again 5 minutes later to deny Jamie Glasgow. Carnoustie were dominating play and McIlravey was unlucky not to score on the hour mark as he saw a goal bound effort blocked. On 63 minutes a great ball led to Pat Smith escaping the defence, he looked offside but the flag stayed down, Kane was out quickly and turned Smiths shot round the post. The corner came in and Roche rose well but couldn’t keep his header down.  A rare Camelon attack saw Glasgow shoot across goal with 15 minutes left. Substitute Jamie McCabe, on for Liam Scott, made sure of the point in stoppage time when he escaped down the left before smashing the ball in to the back of the net off a Camelon defender.

Part one of a three match plan complete and three points in the bag, Carnoustie now move on to St Andrews on Wednesday night, another massive game for the club and three points will go a very long way towards safety.