“WE MOVED THE BALL AS WELL AS WE HAVE ALL SEASON” 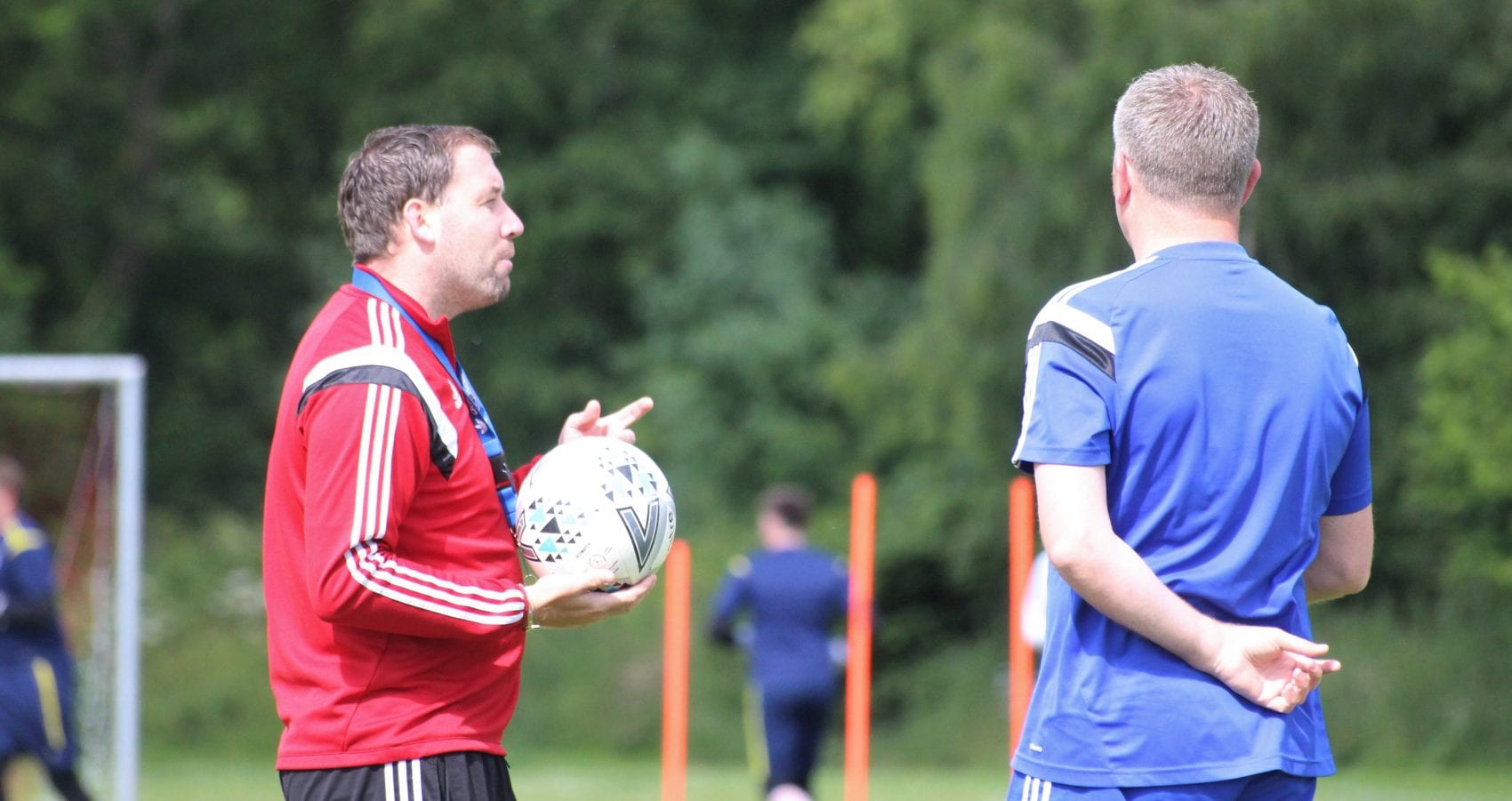 The Gaffer was pleased with last weekends win at Kirriemuir Thistle in difficult conditions as he mentioned when we sat down for a chat on Monday.

Another win on the road at Kirriemuir at the weekend, in what was a decent game to watch in spite of the conditions?

The conditions overhead were terrible, however the pitch was excellent and both teams certainly looked to play the ball on the deck. We started brightly and took the lead through Steven McPhee with a brilliant team goal involving Clark, Winter, McLellan and finished off by Steven at the angle 22 yards from goal, finding the far corner.

I felt we controlled the game but fair play to Kirrie, they looked to play and counter us on the break, they tested Jamie Robbie on a couple of occasions but it was saves that I would expect my goalkeeper to make from distance. We could have added to our lead in the first half had it not been several good saves from Daryl Burns as well as hitting the woodwork and clearances off the line.

In the second half again I felt our work rate and ball retention was excellent and for long periods we moved the ball as well as we have all season, we created maybe five or six fantastic chances and for me Daryl was in outstanding form, making some brilliant saves to keep them in the game. At 1-0 it’s always a nervy lead despite dominating and you are vulnerable to a set play a mistake etc but defensively I felt we were solid also. The only slight disappointment as I said, was not adding to the score line as our play merited more goals.

Another good team performance, who were the stand outs and Man of the Match?

Many players stood out for me, the defence were excellent and marshalled well by Jamie Robbie in goals. In the middle of the park, Jamie Winter & Steven McPhee controlled large parts of the game and dictated the tempo. The strikers worked extremely hard and created good chances from the link up play. Sam Simpson had a very workman like shift up and down the park, he was always a danger going forward but he also did the dirty side and got back helping out defensively while Paul McLellan was always a threat in the last third with some direct running at defenders.

I felt Brian Clark was outstanding and just edged it with some clever play and picking up the ball in excellent positions but he also worked hard to close down and press any danger, on another day could have had a couple of goals. This victory was built on the foundations of a solid hard working team effort.

We return to Westview Park on Saturday how do you prepare for a double header like this ?

We have experienced this already this season against Luncarty, we go back to Westview with the same ethos of working hard as a team and for each other, that’s the basis of every game we take on. We want to express ourselves but know Kirrie will be as up for the game as us and will cause us problems because they have some very good young exciting players mixed with some experience. We won’t be taking them lightly that’s for sure and I expect high standards to continue this week in training and into the game.