“WE NEED TO GET BACK TO FORM” SAYS GAFFER 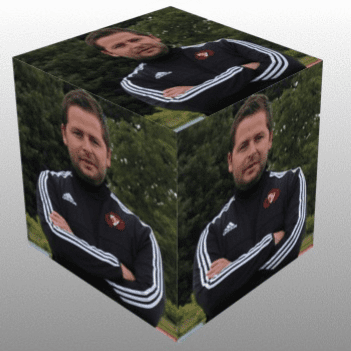 The late finish last night against Kirrie meant there was no chance of us being able to produce our “Post Match Thoughts” on Panmure TV so once again I managed to catch up with manager, Alan McSkimming for a chat this morning

A Disappointing result last night that saw us exit the East Of Scotland Cup to Kirrie, What are your thoughts ?

Last night was extremely disappointing for several reasons but the simple fact is that we did not play well but still had enough chances to win 2 or 3 games of football which frustrates me more than anything, it has been a similar story in recent games too, even though we have won them.
We took a comfortable early two goal lead but disappointingly I think the boys thought the job was done, as the game goes on we continued to miss tap in’s and one on one’s to kill the game off, ultimately it came back to haunt us. The three goals that we conceded were unacceptable to be honest and are all down to individual errors that should have been avoided.
I don’t want to take anything away from Kirriemuir Thistle, the desire they showed to keep pressing and working hard to get back in the game has to be commended, however, we should not be losing a two goal lead at home and making the errors all over the park.
I would like to wish Kirriemuir all the best for the next round.

Our fate is in our own hands and with nine leagues games left, we have plenty of opportunities to finish the league in a good position, however, we need to make sure that performances like last night do not repeat themselves.
I think there is likely to be lots of twists and turns to be had between now and the end of the season but we need to make our own luck and not rely on any help from other teams.

We need to maximise these three games to ensure that we move away from the bottom section of the table. We have some key games to play against teams around us so we need to put in really gritty performances to get points because every team will be fighting for points at the business end of the season.

For me it’s a game that you cannot lose, you have to come out the next two games without a defeat and if we can get maximum points even better. Each game has to be treated like a cup final because we know that the outcome of these next two games could be have a huge impact come the end of the season.
We underperformed last night but the previous three games we were outstanding, we need to get back into that form quick.