“WE WERE POSITIVE IN OUR APPROACH” SAYS MCGUIRE 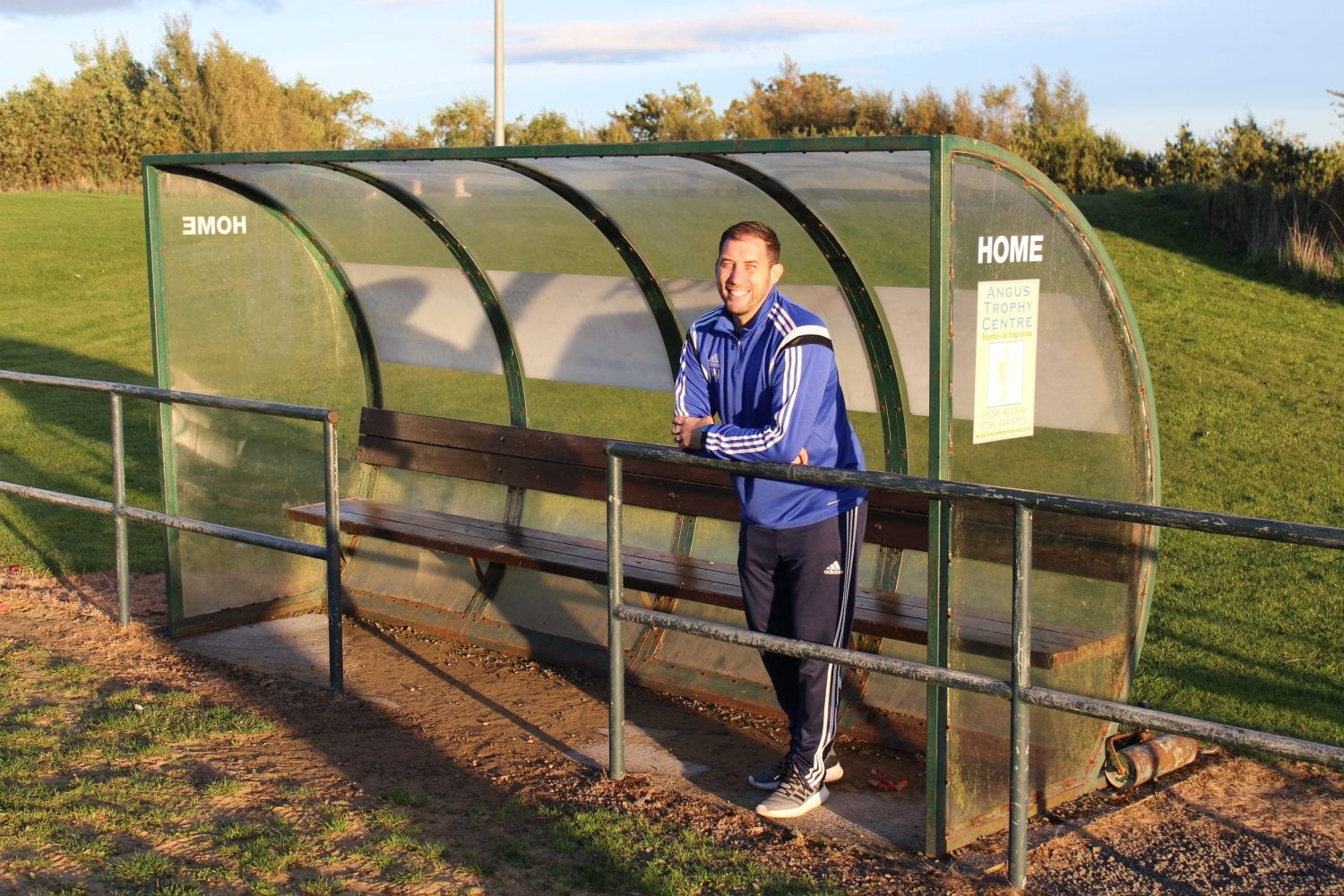 We had a Monday morning catch up with manager, Phil McGuire following Saturdays 5-0 win over Brechin Vics in the Thorntons Property East Region League Cup.

It was a comfortable win on Saturday against Brechin Vics, what are your thoughts on the game ?

Cup games and playing opposition from a lower league, with the expectations that we should win the game,can potentially be a banana skin if it is not approached in the correct manner. We had to shuffle the team a bit as we were missing a few due to holidays, injuries and some not having trained in the week leading into the game. I felt we approached the game in a positive manner and very quickly dominated possession and started to create chances. We went in at half time 2-0 up through 2 excellent goals from Sam and Jake, we created plenty and probably should have been several more in front but credit to Brechin, they got everyone behind the ball and made it difficult but still continued to try and play and pass the ball and had one or two dangerous breaks themselves that, if we hadn’t been switched on, may have caused more issues.
I asked the players to continue to play and the goals would come, the second half followed the same pattern as the first and we controlled the game and managed to score three more goals but some dogged defending and several decent saves from the Brechin keeper kept the score line down. Positives,  we controlled and won the game, we managed to get subs on and it was excellent to see big Ewan Buggins get the final 20 mins after what has been an extremely difficult period for himself and his family. The players and coaches were boosted when they heard he was available and it showed what a tight knit group of people we have.

Does being so dominant in a game have its own set of problems ?

Dominating a game can have its own problems and we have seen that this season when we have lost, specifically when we haven’t converted our chances after controlling the game. I always say to the team we will lose as a team but it is the manner of the defeat, there is a right way and wrong way. If we approach the game and are positive, work hard, create chances, are brave enough to demand the ball and play then sometimes its not your day and you encounter a defeat that’s acceptable, as much as we don’t want to lose then it is a defeat in the right manner, the flip side is a defeat when we haven’t created or played anywhere near to our capabilities, that’s certainly the wrong way to loose the game.

Dominating possession is useless if your not creating opportunities to win the game, to give us that chance of victory, but it also gives us an element of control when under pressure to keep possession and look to build on that during any difficult period of the game, allowing us to press up the pitch. That’s just how football is, we have all played games in which we have scrapped away and come away with a narrow 1-0 which again shows a different element to the squad and a game without dominating.

Who was Man of the Match?

Man of the Match would have to be Sam Simpson, the build up and switch of play for his first, was exceptional but also the control and touch inside to finish with his weaker foot shows Sam’s capabilities. He also had a hand in the second goal and chipped in with another two goals to score a hat-trick and at any level that  is exceptional and he fully deserves being the Man of the Match Award

Ryan Roche completed 100 games for the club and had it not been for a couple of bad injuries it could have been a lot more at only 22.?

When I arrived at the club Ryan was not without his problems specifically to do with his knee, we sat down and I got the full background of his injuries over the years, information was fed back to me from Physios and others around the club. I explained to Ryan I felt too many times he was rushed back or pushed to hard himself to get back playing and a proper and full rehabilitation program was needed. Ryan worked on the plans I had given him and started to think about other aspects of training which would benefit not only his knee but other injury prevention workouts and strengthening his overall body. At times we have had to hold Ryan back due to his eagerness to push on as he felt he was missing out but ultimately his keeness had certainly caused him to miss more than maybe he should have. Ryan has done tremendously well and shown not only what an excellent defender he is but also a leader and has taken the Club Captaincy with both hands and lead by example.

Back to the Super League North this weekend and a tough trip to Scone Thistle?

Yes we are away to Scone this week in the Super League, it is always tough through in Perth and Scone have shown this to be the case to plenty of teams over the season. I am fully expecting the game to be tight and one in which we must be switched on and do the basics correctly. We will continue to look to play and pass and create chances, Scone  look to play themselves and will look to take the game to us with being the home team and pressure us from the beginning, this is something we must be prepared for and deal with if we want to continue our good form.