WHAT A STRIKE 3 – THE MORNING AFTER 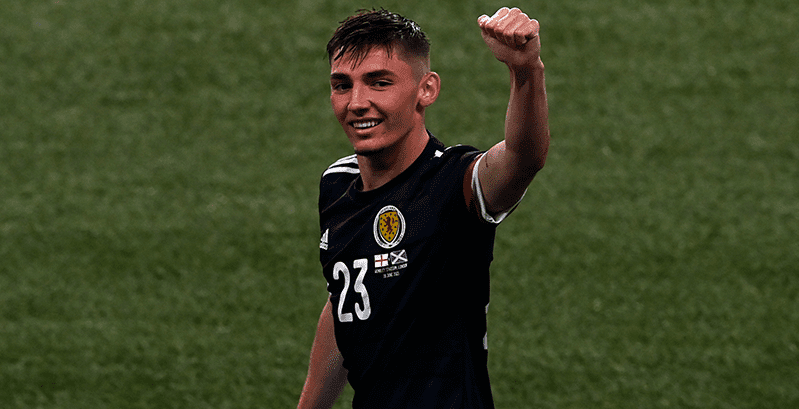 The nation is this morning celebrating putting one over the Auld Enemy by taking a point in a pulsating game at Wembley last night but…….Steve Clark should be disappointed that his Scotland side didn’t take all three points.

Welcome to the Third Edition of What A Strike as we look back on an intriguing night in London.

Scotland achieved the first aim of the night, to take something from the game but should be gutted this morning that they don’t have all three points in the bag from a clash that saw Scotland players out shining their media lauded opponents all over the park.

Clark’s game plan to suffocate England initially worked perfectly and after the initial 15 minute burst from England, Scotland earned the right to play their own football and England weren’t up for the fight.

In that first fifteen minutes Billy Gilmour looked a bit like a rabbit caught in  the headlights, Mason Mount dominated his Chelsea teammate but after that Gilmour was exceptional, Mount was hardly involved for the remaining 75 minutes.

For me their was only one other contender, alongside Gilmour for the Star of the Match award and that was Stephen O’Donnell. The Motherwell full back had been pilloried by the media and Scottish supporters following the defeat to the Czech Republic but his performance last night was exceptional giving Sterling, Foden and latterly Jack Grealish no time on the ball, stifling the attacking threat.

You can certainly argue that not one of the England side, on last nights performance, would get in to a joint team. I have marked the players out of ten

John Stones 6 Struggled to cope with Che Adams’s movement, should have scored

Declan Rice 5 Broke up play but that was it

Kalvin Philips 4 The Yorkshire Pirlo was more like a Yorkshire Pudding, every time he had the ball it went sideways or backwards, very disappointing

Mason Mount 5 Started well but was dominated by Gilmour

Harry Kane 4 Anonymous, lack lustre, no pizazz, everything that was wrong with England

Jack Grealish 4 Disappointing, O’Donnell didn’t give him an inch

Marcus Rashford 3 Didn’t realise he was on the park

Andy Robertson 7 A skippers performance, didn’t do anything wrong, however, crossing could have been better

Kieran Tierney 7 Used his Premiership experience perfectly, would have liked to have seen more overlaps with Robertson

Callum McGregor 6 Difficult to criticise any of the Scottish players but he was disappointing for me.

Billy Gilmour 9 Outstanding from the young midfielder, once settled he was head and shoulders above the England midfield.

Che Adams 7  His movement troubled England, only criticism was a lack of real efforts on target.

That game is now over and both England and Scotland face important games on Tuesday evening, Scotland can qualify and if they can put in the same performance as last night, will do. The key will be scoring, as good as Scotland were last night, Pickford had very little to do and the lack of goals may prove to be Scotland’s downfall