WHAT A STRIKE – EPISODE 2 THE SCOTLAND GAME 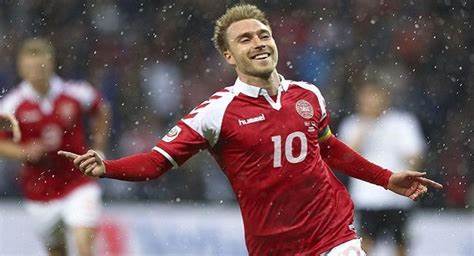 Welcome to the second edition of our new blog, What A Strike, we look back at the events in Copenhagen as well as the weekends other games before looking ahead to the big game this afternoon.

We can’t start our look back at this weekends game without talking about the events we all witnessed from Copenhagen on Saturday evening. I am of the opinion that the feed should have been cut as soon as it became obvious that Christian Erikson was seriously ill, no way should we have seen the medical teams performing CPR on him. As for the ludicrous footage of his wife being comforted by Simon Kjaer and Kasper Schmeichal.

The actions of Danish skipper Kjaer and his teammates were to protect their colleague and his family, something that showed just what a team spirit exists within the squad. Kjaer showed just what a top human being he is, saved his friends life by clearing his airway, performed CPR, called the squad together to block out the cameras and then comforting Erikson’s wife, a real captain.

I also feel that the quick thinking of English referee Anthony Taylor shouldn’t go unnoticed, he almost instantly knew something was wrong, yes his wife is a doctor, however, it was his quick reaction, reported as five seconds, that like Kjaer’s reactions played their part in saving his life

Thankfully, Christian is, hopefully, on the mend but it is highly likely his career is over, however, his wife still has a husband and daughter, a father.

The game itself had been a decent one until the incident, the argument over whether the game should have restarted continues to go on, but understandably once it restarted it was a subdued affair punctuated by the winner from Pohjanpalo that was almost as irrelevant as the game itself against the background of the evenings events.

On the whole the games have been of a decent standard, although some have not opened up until after half time, this was definitely the case in the opener between Turkey and Italy in Rome. The Azurri dominated but went in at Half Time level, the second half was an altogether different matter with Demiral’s own goal followed by goals from Immobile and Insigne.

As well as the game in Copenhagen on Saturday, Wales and Switzerland clashed in Baku, the capital of Azerbaijan. The Swiss had the majority of play and took a  deserved, if harsh, lead when Embolo put his side in front after 49 minute but a typically robust equaliser from the bandaged Kieffer Moore saw the Welsh take a point, much to the delight of a over excited Robbie Savage in the commentary box.

Belgium and Russia kicked off the final game of the day and Roberto Martinez’s side were particularly impressive as Romelu Lukaku put his side in front on ten minutes, dedicating his goal to Inter Milan team mate Erikson. Thomas Meunier added a second ten minutes before half time before Lukaku scored his second with a couple of minutes remaining. A top performance by some experts tips for the competition, all without Kevin De Bruyne.

On to Sunday and England did enough to edge past Croatia with Rahem Sterling seizing on a wonderful pass from Kalvin Philips to score the only goal of the game. England probably should have won by more but a side like Croatia with Luka Modric pulling the strings cannot be underated and with tournament football it is the result that counts, particularly in the early group stages.

The final game of Sunday was the best game of the tournament so far as the Netherlands missing Virgil Van Dijk, and Ukraine went toe to toe for 90 minutes. All of the goals came in the second half although, the game could have been 3-3 at half time. The goal of the game was a wonder strike from Andriy Yarmelenko that pulled his side back in to it and when Yaremchuk levelled it up four minutes later it was game one after Gini Wijnaldum and Wout Weghorst had put the Dutch in the box seat. However, it was Denzel Dumfries who hot the winner to break the Ukraine hearts with five minutes to go.

On to todays games and the huge clashes between Spain and Sweden and Poland and Slovakia, only joking.

It is a huge day for Scotland supporters as Steve Clarke leads his side in a major competition since 1998 and whilst the country is united the support is also grounded and the two targets for the tournament are beating England and getting out of the group, other than that it is, in typical Scottish style, a chance for a party.

Clarke is expected to include Ryan Christie, David Turnbull and Callum McGregor in his side and its is impossible to think that he will go against either Andy Robertson and Kieran Tiernay. In goal it is a toss up between David Marshall and Craig Gordon but for obvious reasons Marshall is my choice. The other defensive positions are up for discussion, like the other positions, there are options but my starting XI would be